LAST DAY to get your August box! Worldwide shipping!
< Back to Blog

The 7 Best Foreign Snacks for Expanding your Horizons

One of the best things about traveling is being able to try all the delicious food out there. Appreciating the local cuisine of a foreign country is part of the overall experience of any trip. While many countries have ramen, there’s nothing quite like traveling to Tokyo and enjoying one of the many regional ramen dishes of Japan after a long day of exploring the city.

Unfortunately, all trips must come to an end and you can’t just raid the grocery store or bring all the delicious food you tried on the trip back with you. However, bringing some tasty snacks back is a great way to share the memory of your trip with your friends and family back home. Each country is known for having its own signature snack that tourists (and natives) love to buy. So we put together a list of the seven best foreign snacks you need to try on your next trip abroad.

There are a lot of great Japanese snacks and Japanese candy to try, but Kit Kats are by far the most popular candy bar among tourists and Japanese locals alike. The name Kit Kat sounds similar to the Japanese expression “kitto katsu” which is a common way to express good luck in winning. As such, they’re commonly given to school children when taking their exams.

While they're just regular chocolate bars in the United States, the history of Japanese Kit Kats  and their popularity of the candy has sparked some interesting Japan-exclusive Kit Kat flavors. Some of the best flavors we recommend are Tokyo Banana, Sakura, and the Hiroshima Momiji Manju flavor.

Want to snack on Japan-exclusive Kit Kats and other Japanese sweets? TokyoTreat delivers delicious Japanese snacks for you to enjoy at home!

This classic Korean snack has been around since 1975 and is popular among children and adults. They're small cookie sticks coated in peanuts and sweet syrup. They're crunchy, nutty, and sweet, and make a perfect snack or dessert.

You can’t think of Mexico without thinking of spicy flavors, and many of their snack foods reflect those tastes. You might’ve heard the popular internet song “Hot Cheetos and Takis”, and once you try these delicious corn chips you’ll understand why everyone likes that song.

They’re originally from Mexico and have a similar taste to Cheetos or Doritos from the United States. These popular rolled chips come in a variety of spicy flavors. Some of the most popular flavors include Fajita, Cucumber Lime, and Habanero-flavored Zombie.

Stroopwafels are fun international snacks to try. This wafer cookie comes from the city of Gouda in the Netherlands. Due to their popularity, you can easily find these snacks all over the world these days. Literally translating to "syrup waffle", these are syrup-filled wafer cookies made from two layers of baked dough. The most common brand you’ll see is the Daelmans, but there are many stroopwafel-makers throughout the Netherlands and the world.

Philippine snacks are often fruit-based and the best ones are the dried mangoes. The Philippine brand of dried mangoes is endlessly popular around South East Asia. These are exactly what you’d expect them to be—slices of dried mangoes that offer a satisfying chew and a sweet tropical flavor. All of the mangoes used in this are made from fruit indigenous to the Philippines and retain their nutritional value for a truly local treat.

You might think unrefrigerated tiramisu couldn't possibly be a good thing, but this revolutionary snack is one of the most popular to come out of Italy. This delicious cake snack has been around since 1953 and is perfect for those of you with a sweet tooth. Eat them as a midday snack with some coffee or save them for a tasty treat after dinner. 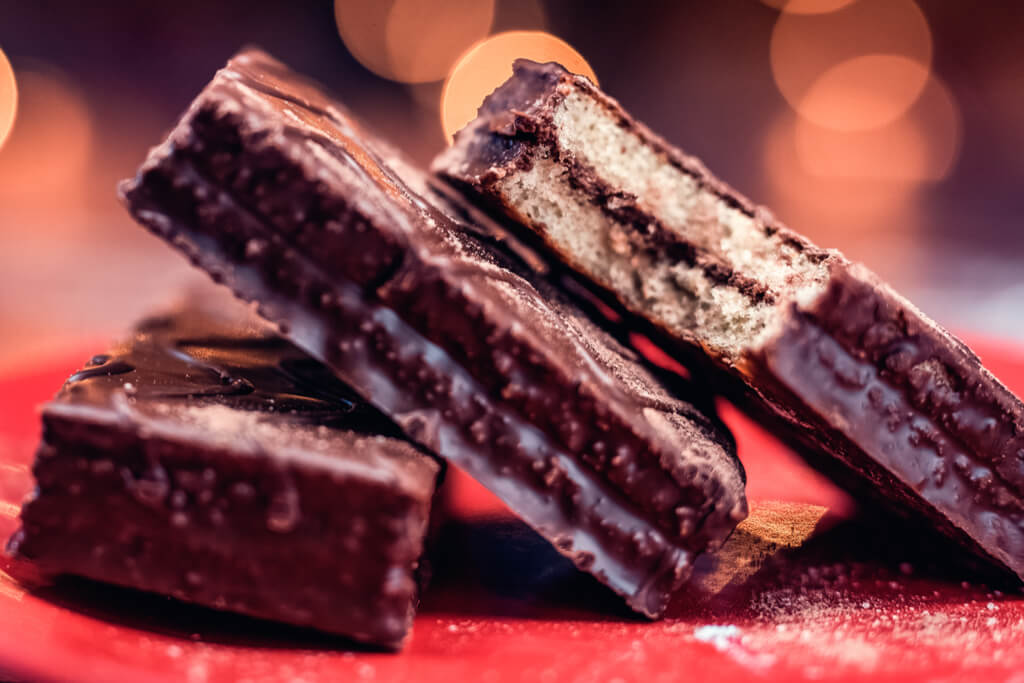 Like Mexico, India is known for its spicy blend of flavors. These split mung beans, potato sticks, noodles, and cashews are seriously addictive and will leave you begging for more after your first taste. Mung beans have been a part of Indian diets for thousands of years, and they're filled with protein, fiber, and antioxidants. They're also a beloved snack and a great healthy alternative, much like Japanese kinako, to the many sugar-filled items on the list.

International snacks are a great entry point into learning about another culture. Many people love to try snacks from around the world, and the good thing is you don't have to cross the ocean to try them. Many of these snacks are sold in international markets globally, so even those who don't like to travel can get an international experience. So why don't you try them all and let us know what you think?

Sign up to TokyoTreat using code VACAY to score a Japanese candy bonus!