Get to Know Mochi, the Best Japanese Dessert

This super chewy snack is made from an ingredient known as Mochigome which is short-grain glutinous rice. When rice is battered, it creates a sugary taste and a fluffy rice cake texture. That’s why Mochi has such an addictive sweet taste and chewy texture. It can also be filled with different kinds of delicious fillings, like red bean and green bean paste as two common traditional fillings.

Aside from being a popular Japanese dessert, there’s actually a story behind this snack. In the past, Mochi was used as an offering to the gods, cut into pieces afterwards, then shared for good luck. It was treated as a religious offering instead of an ordinary dessert. Only the emperor and noble people had the privilege to enjoy this tasty dessert. Later, during the Heian period, Mochi became a celebratory food and was eaten as part of the New Year’s festivities. Some families would make Mochi with sour flour in the new year period because it symbolizes good luck. Oh, and did you know that Mochi is also a symbol of happy marriage? 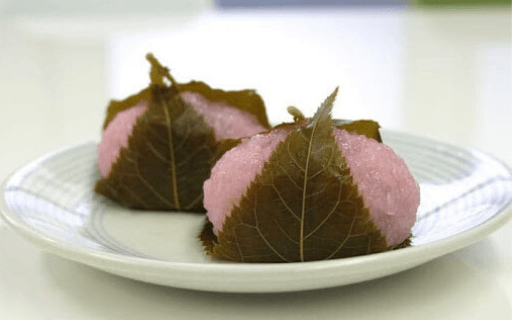 At special times throughout the year, Japanese people prepare Mochi with flavors that match the occasion. For example, during the cherry blossom season, they make Sakura Mochi to welcoming the Spring season. On Children’s Day (which takes place annually on May 5th), Mochi wrapped in a leaf would be made to promote the happiness and health of children. Traditionally, Mochi is made with the “Mochitsuki” method. The whole rice grains are placed in a Usu (a large bowl made from stone or wood), then pounded into a paste using a heavy wooden hammer. People are still using this method to making Mochi, especially during the upcoming New Year events. 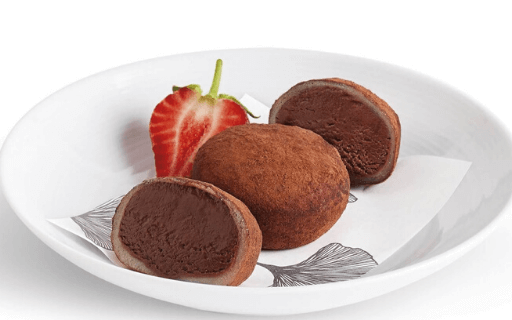 Now, influenced by global culture, there are so many flavors of Mochi with various kinds of fillings. You can now try all sorts of fillings, like chocolate, custard, jam, ice cream (popular as Mochi Ice Cream), banana, and many more! We also recommend you to try to dip one in soy sauce. It sounds strange, but it tastes so amazing. They are a perfect match!

That’s all we got to say about Mochi! So, are you going to try this Japanese dessert when you visit Japan? Or, is it available in your country? Although it’s very special, and is enjoyed during Japanese festivals or occasions, this dessert can generally be found in many places at any time in Japan. Speaking about festivals, you might want to know more about Food Festival in Japan as well!

Starting from $32.50 USD
Get TokyoTreat

Your email address will not be published. Required fields are marked *

Starting from $32.50 USD
Get TokyoTreat

Japanese Picnic Foods Sure to Please Any Crowd

When Spring appears, you’ll find everyone in Japan doing one thing: picnicking. Whether it’s at the park with friends, near the river with family, under cherry blossoms or pre-cherry blossom season, everyone will take their own special type of Japanese picnic food to share with guests.

What is Yuzu? Getting to Know a Tasty Japanese Fruit

You may have seen or heard of a fruit in some of your favorite Japanese dishes, called yuzu. But what is yuzu? Cultivated in Japan, this tiny, yellow, wrinkled ball of citrus fruit is ¾ the size of a golf ball and has a unique flavor that is easily recognizable.

Harness the Power of a Japanese Energy Drink

Japan loves a good party, so everyone needs a bit of extra energy from time to time. If you do too, make like a Japanese salaryman and have a Japanese energy drink from a convenience store for breakfast.

Unlike the West, in Japan, Christmas is not a religious event. Rather, just like Halloween and Valentines Day, Christmas season is simply party time. So then, what kind of Japanese Christmas food do people have to get their winter holiday parties started? Let’s find out!

It’s the spookiest time of the year once again – Halloween! And Japan is not shy when it comes to limited edition sweets and snacks. Never to be outdone are the offerings from Starbucks Japan! This year they are adding plenty of fall flavors to their Halloween drink (and we’re here for it)!  And who…